Continuing with the travel theme, today I’ve got some photos from our trip a few years ago to Seoul, South Korea and a bracelet inspired by it. Many years ago, my husband and I lived in Busan, South Korea for one year and taught English there. It was quite the experience and gave us the travel bug. We were most excited to spend two weeks in Seoul a few years ago with our kids. One of the most famous sites in Seoul is the entrance to Gyeongbokgung Palace.

We were there just as the whole ‘Gangnam Style’ craze was winding down and had great fun posing at the subway station in the Gangnam neighbourhood. My husband never reads my blog, so he won’t know I posted this, ha! 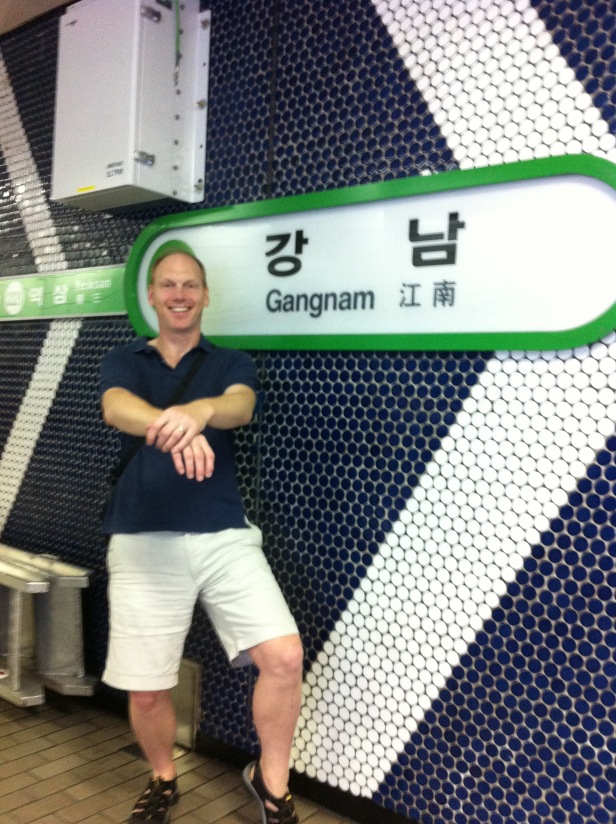 One of our favourite sites was the Toilet Culture Museum. It’s hard to see from this picture, but the museum is actually shaped like a toilet bowl. 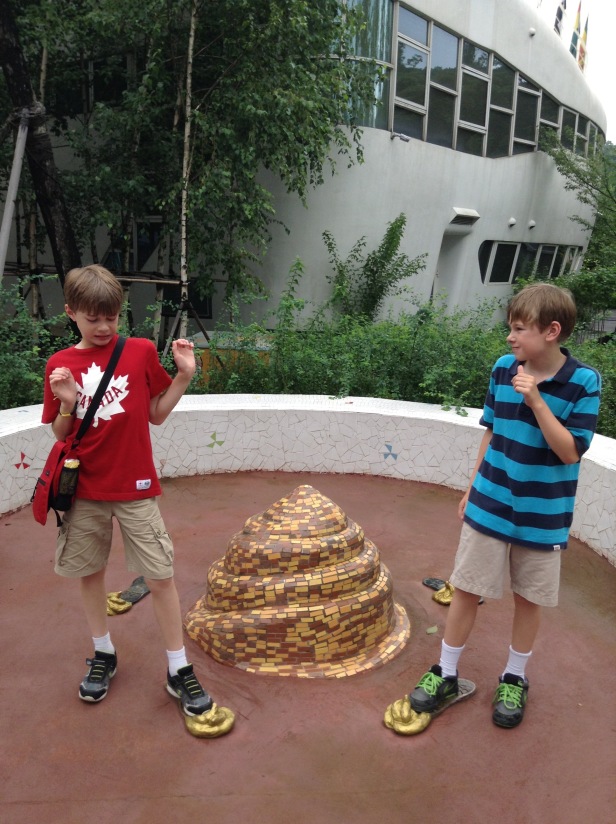 We also enjoyed the Teddy Bear Museum at Seoul Tower. There were many scenes of teddy bears depicting the history of Korea. 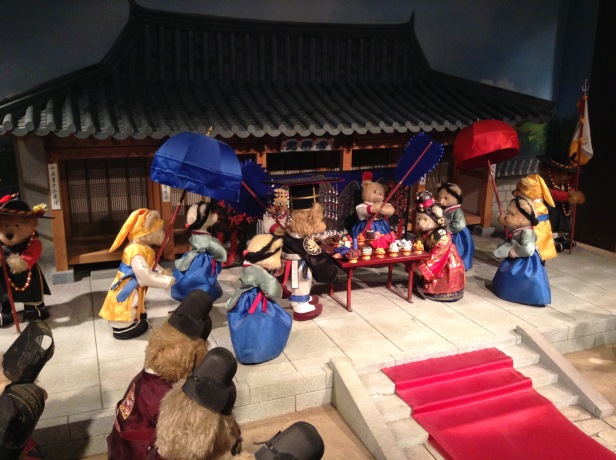 The population density is quite something. Not what I’m used to in Canada! 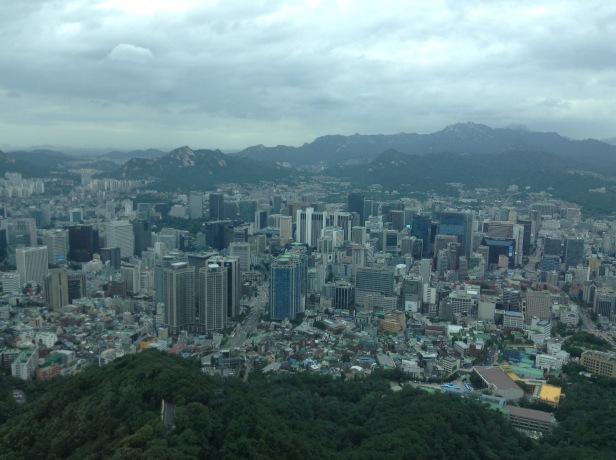 While traveling, especially with kids, it’s always fun to check out the regional specialty items at McDonalds. I’ve got to say, this was fairly horrid, in my opinion!

I could go on and on about my favourite cosmetics chain, Etude House, how there was a Dunkin Donuts on every corner or about how cheap and clean it was in Seoul, but suffice it to say we had a blast and often talk about how much fun it would be to go back. However, being the summer time it was hot and extremely humid. This was 2013, around the time I was getting into bracelets and I had some Pandora with me but it was turning cloudy upon stepping foot outside. So, I bought a bunch of fabric style bracelets for about $2 each and wore those.

This one was my favourite and inspired me to put together a bracelet using these colours.

The silver beads are Pandora and the I’ve got True Touch Baby Pink/Pumpkin/Sky Blue/Sunlight Spot with the Almost Rose Quartz bead in the middle, all from True  Beadz.

I never would have thought of putting together these colours, but I think it looks nice with the fabric bracelet. Next up tomorrow-China Inspired. 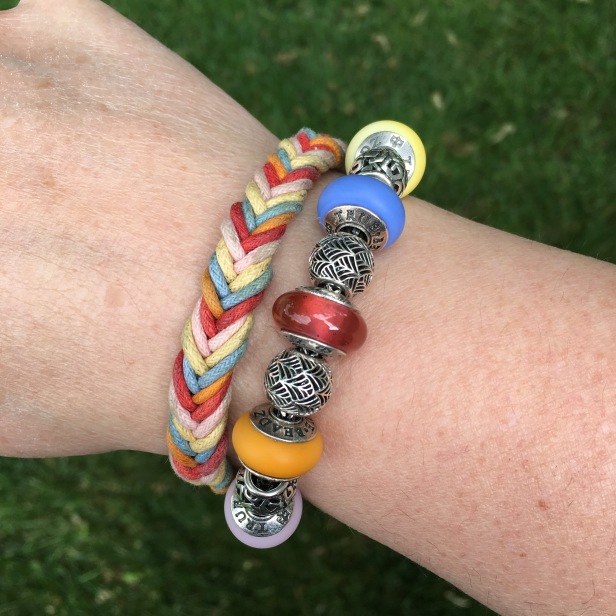