The latest bead from True Beadz is the True Dragons, which is $200 USD. It’s quite heavy and has a lot of detail with two fantastic dragons, two True Beadz logos and lots of brick work. I thought and thought about what could be my inspiration for a bracelet, as I don’t watch Game of Thrones or read fantasy novels but remembered the steampunk dragon in the Walt Disney World Festival of Fantasy Parade that is based on the dragon that Maleficent transforms into in the movie Sleeping Beauty. Here is the True Dragons bead first. I really like the wings and the bricks and how the back of the dragon is raised! 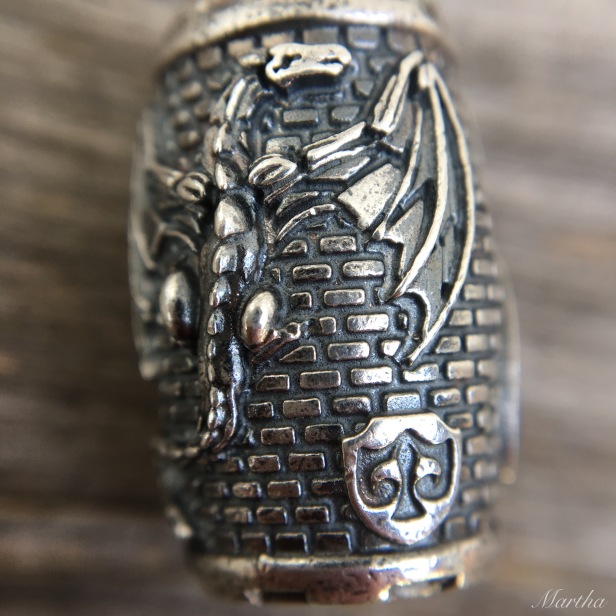 And here are a couple of photos from the Disney parade! This is a massive dragon controlled by several people. It’s 26 feet (about 8 metres) tall! It’s totally my favourite part of the parade. 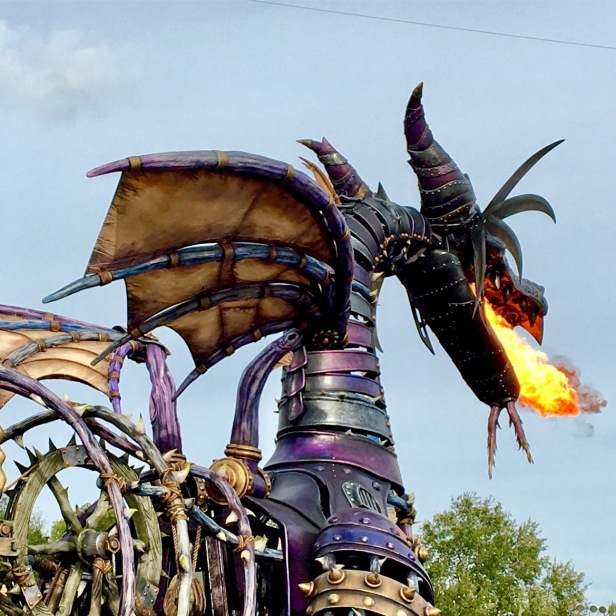 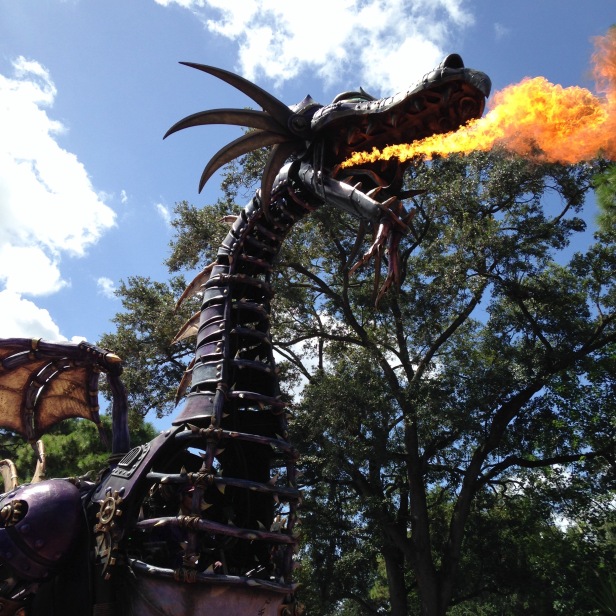 Clearly a purple and black bracelet was in order. The True Beadz used here are an Almost Amethyst and two True Touch Stormy Heavens. 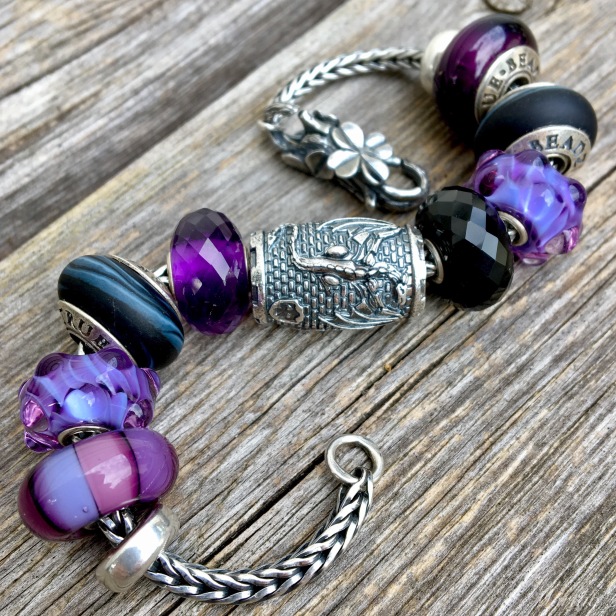 The other thing I really wanted to try was the True Dragons on a necklace. For this one I’ve used the Ohm Beads Ball Necklace and True Beadz from the Linen colour family. The Trollbead on the top is called Rise Together. I really like how the calm Linen colour contrasts with the very detailed  True Dragons. I will definitely make this necklace again for wearing. 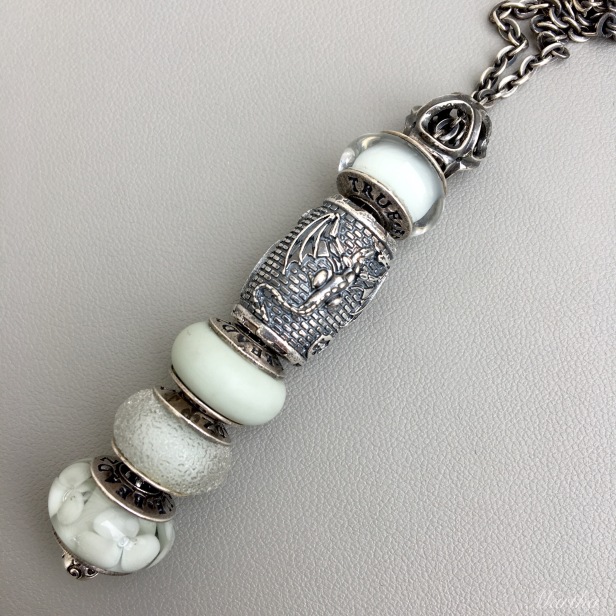 Another few shots from Disney World were the inspiration for the next bracelet because of the brick work. Here are the castles. 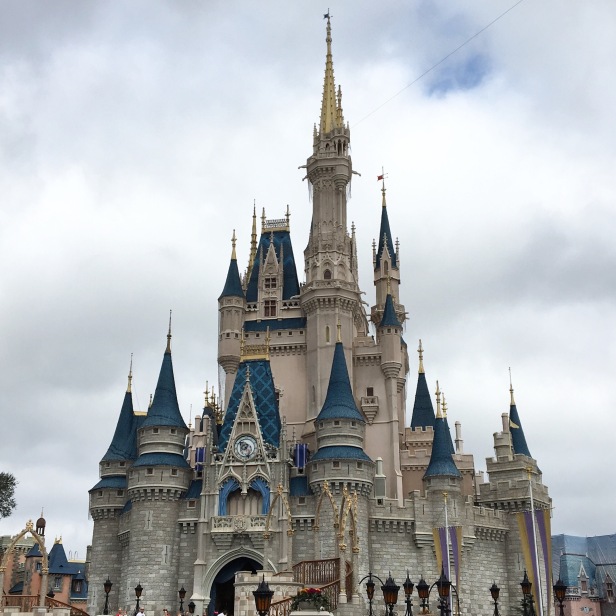 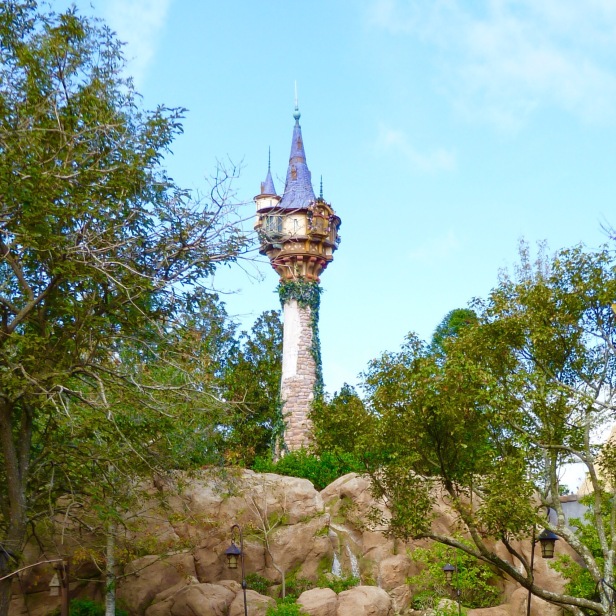 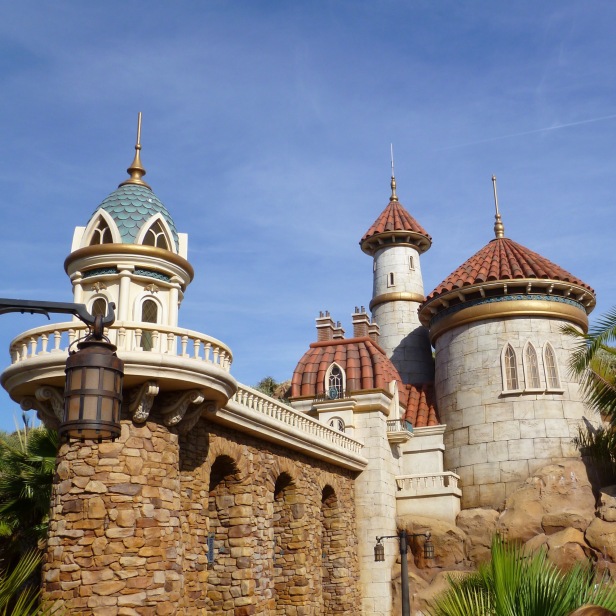 Here’s the bracelet below. I used two True Blossoms Sunlight Spots at the front, two beads in the Blue Mist Shade in the back and then a Dragon Eyes Mystery, Dancing Fairies Meadow (L) and Dancing Fairies Stream and a Treasure (R). 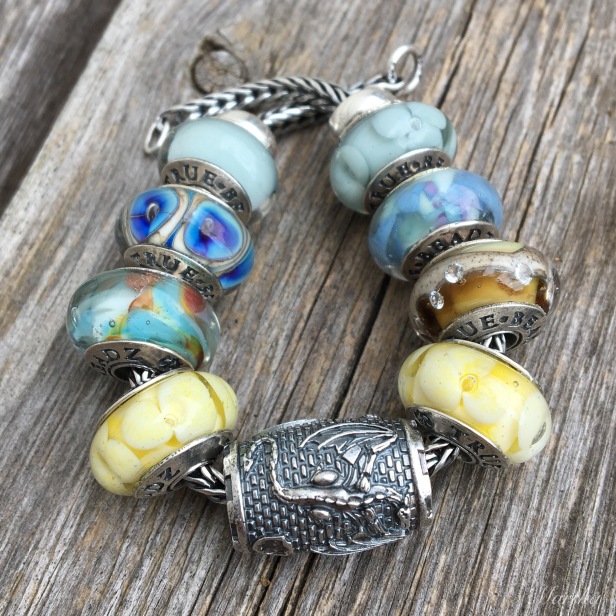 Let’s check out some other ways to use the True Dragons bead. Obviously it really lends itself to going on leather, due to the shape. I like it on the Trollbeads Cyan/Key Leather Bracelet with two True Touch Taiga Beads and a Treasure in the middle. 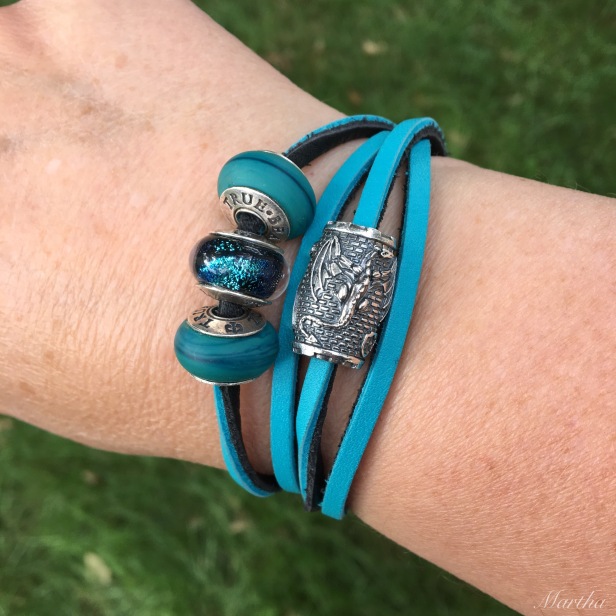 It works by itself on a Trollbeads chain, especially if you have one that is a bit shorter than ones you would make into a full bracelet. My friend Cheryl keeps a chain for the purpose of wearing just one bead, but because it’s a couple of centimetres shorter than her regular ones, the bead sits nice and snugly on the top of her wrist. She was wearing her Pokeball bead like this the other day and it looked great. So here is the True Dragons by itself with a bangle of three Treasures. 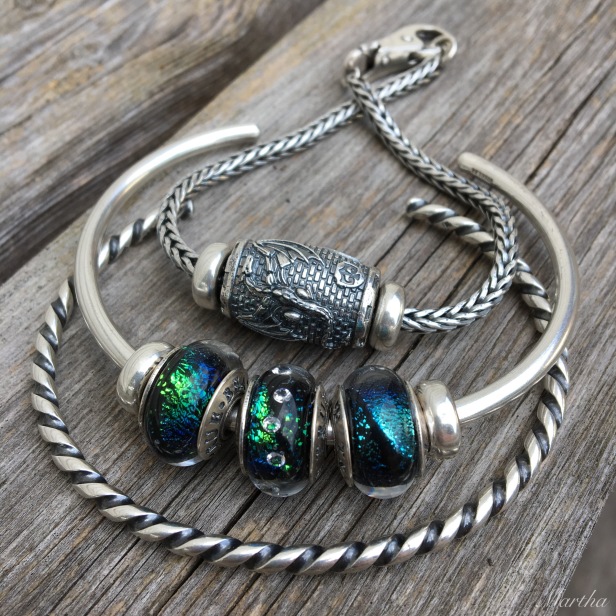 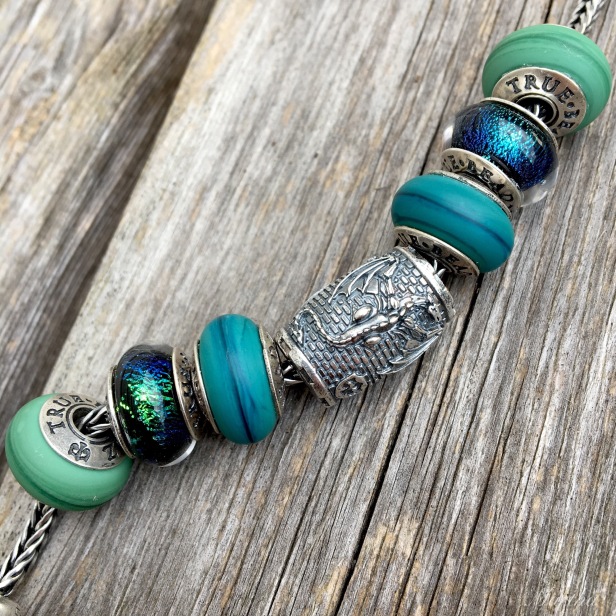 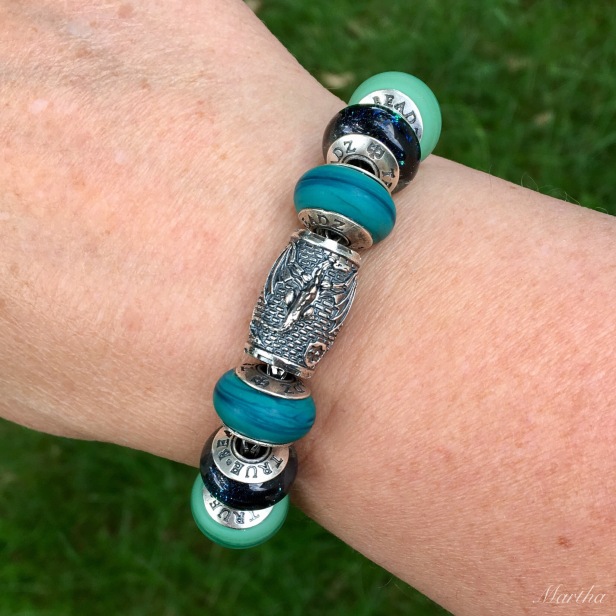 Currently it’s impossible to purchase directly from True Beadz (and get the cool packaging with the wax seal) due to some Pay Pal problems but there are three retailers that sell the beads. Here is a link for the True Beadz website. If the problem gets resolved then shop away directly from the source if you want but if not then there are links to the retailers, like Star Bijou.

Are there any favourite looks from above, with the True Dragons? My favourite bracelet is the bottom one and I will love wearing it on the necklace as pictured. Due to its weight I won’t be putting many other if any silvers with it. Also, because of all the detail I don’t think it needs much to go with it at all. I think the True Beadz glass beads in the Touch and Air finishes are perfect to pair with the True Dragons.