Ohm Beads came up with a few more releases for their Rawr line of dinosaur themed beads. I have the T-Rex and was excited to hear that they had added to the line. There is a spacer which is quite tiny called Boned. It’s $20 USD/ $25 CAD. Here’s a macro shot and the bones do have a lot of detail. For some reason this piece makes me think of The Flintsones and that little bone that Pebbles had in her hair! 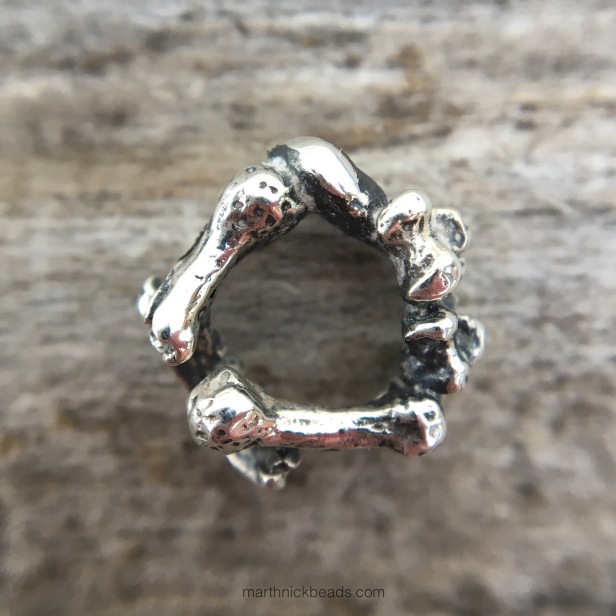 I have one piece of glass from the old Rawr line and that’s the Humerus bead. I put two Boned spacers on either side. The stoppers are called Earth-ish. 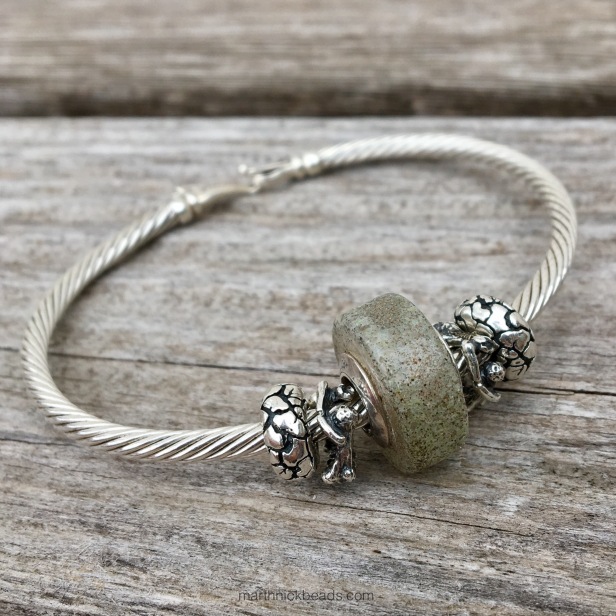 The biggest bead from this release is a trio of eggs with a baby dinosaur hatching. Hatching is a substantial and heavy piece and thus the price is $80 USD/ $100 CAD. When seen up close the baby dinosaur is very cute. 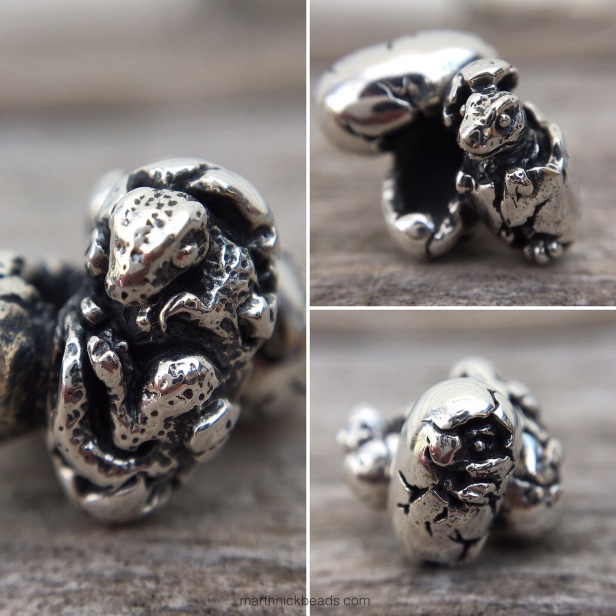 The last piece is totally my favourite and is called Baby Megalodon. The Megalodon is an extinct species of shark and is thought to have reached a length of 18 metres according to Wikipedia.  Yikes! It’s also pretty small and is $30 USD/ $40 CAD.  But even thought it’s small, the teeth are really well done in my opinion and it’s the easiest of the three to tell what it is when it’s on your wrist. 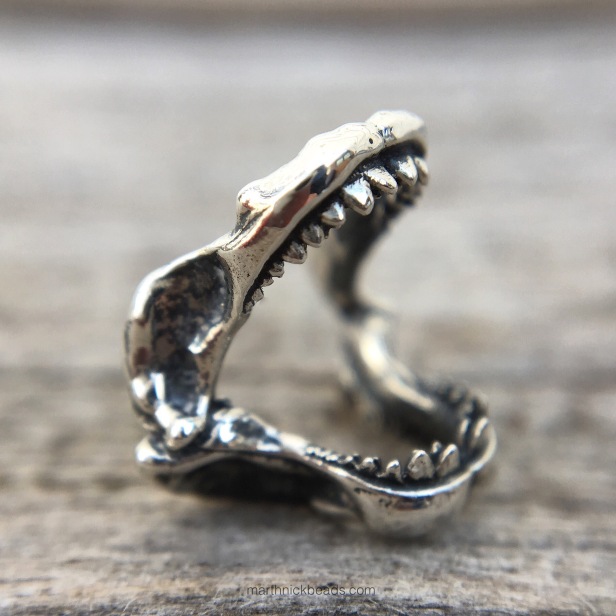 Where I really like the Baby Megalodon is on a leather necklace. I think it hangs really nicely. I put it on my Black Trollbeads one and I’ve actually left it there as I will wear it for a casual look. 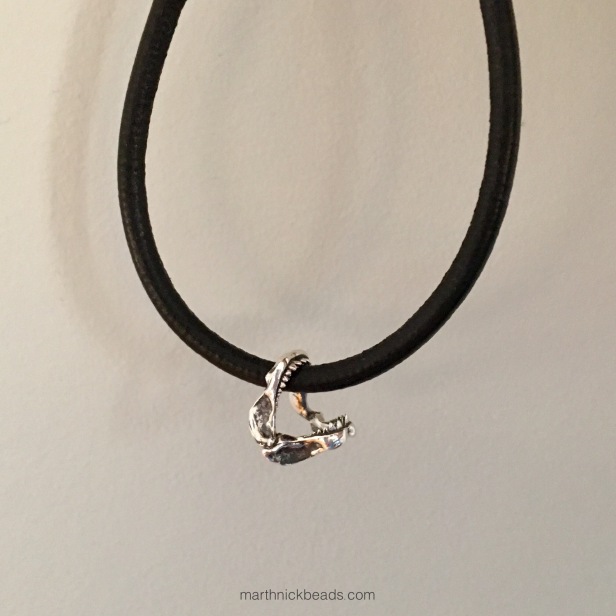 Here are all the new beads on a black Perlen leather Beauty String bracelet. 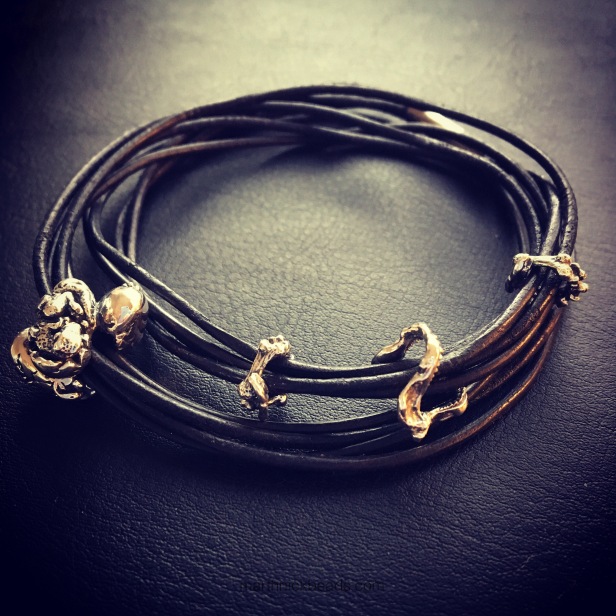 On the Ohm Beads silver bracelet I added in two Cold Milk beads, Luna and T-Rex. I found it tricky to figure out where to put the Baby Megalodon, so ended up putting it off to the side like a loose dangle. I’m really in a dangle phase right now and this works well in that capacity. I realize some people were disappointed that more dino skulls weren’t made for this release but I hope people can find something to like. Have a great weekend everyone! 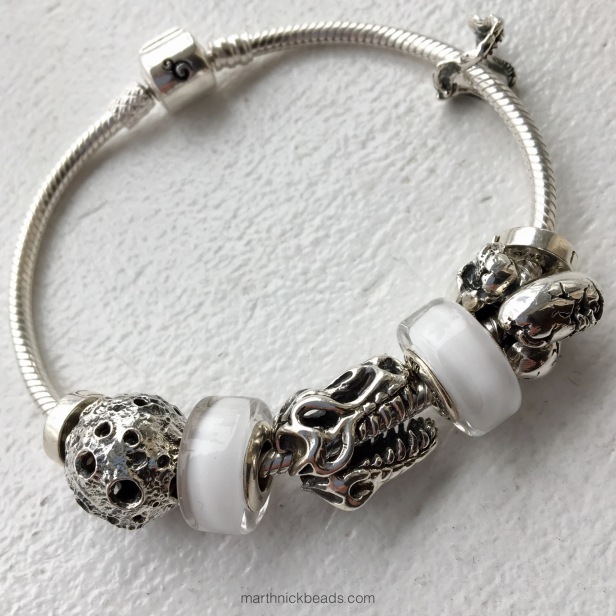