Yesterday my friend Trisha (@the_mcctrish) and I went on a road trip down to Michigan in the USA. We were going to the Trollbeads at Partridge Creek Mall store for an event and then to a Meijer store for Cheez-its, an addictive snack cracker we don’t have here in Canada. I made up a combo to wear.

But I actually couldn’t get that bracelet on as it was too full, so I turned it into two bangles. After we arrived at the mall (which is one of those outdoor malls like at Downtown Disney, which makes sense for Florida weather, but Michigan?) we had the most delicious honey lattes at the Nordstrom café. Trisha thought the drinks would be thematically appropriate with the Trollbeads Day bead being Amber with Wings!

The store was nicely set up with some refreshments and the displays were lovely. I calculated it’s been about a year since I was at a Trollbeads store!

The guest artisan making beads for people was Ana (@trollbeadsfanaddict). She asked what colours I wanted my bead to be and I chose purple and green. You could have glitter in it, or bubbles or flowers but I went with swirls.

We actually spent 3 hours in the store looking around at zillions of beads. 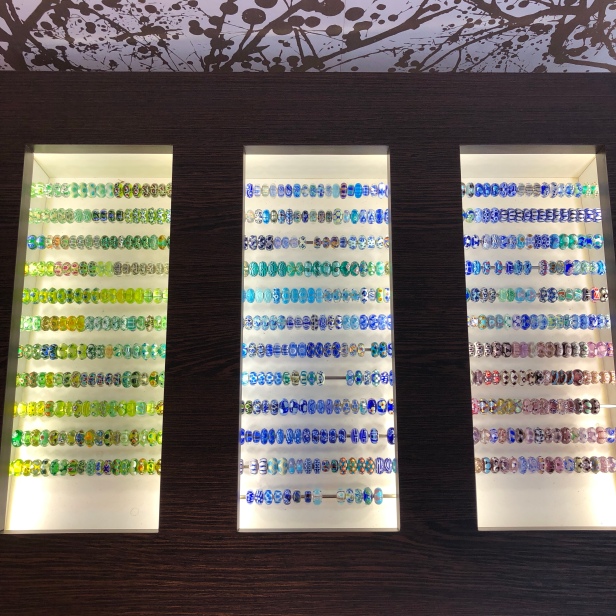 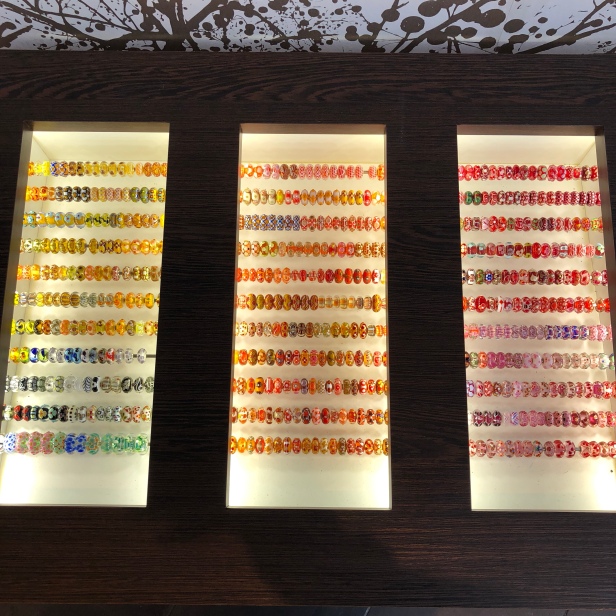 I didn’t take pictures of the special beads and I’m sorry! 🤦🏻‍♀️ They had quite a few of those new summer Uniques and they were fantastic. Also, there were event beads and some raffles for prizes, too. Trisha was looking for a Rose Quartz bead and James was helping her. 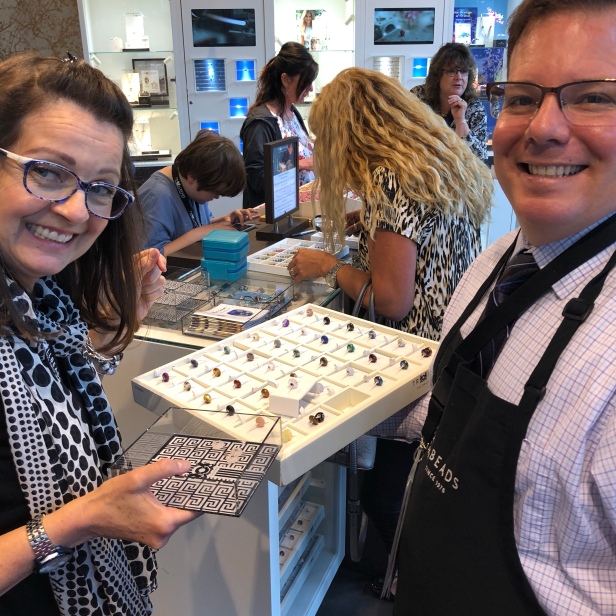 Check out the fabulous stack on Devon, the store manager. I love the way he’s styled his bangle, second from the bottom.

After much deliberation here is what I picked out. There was a Buy 3 Get 1 Free deal, so I splurged a bit. From the top left, I bought a Unique, 2 Glowing Pansies, a Rainbow Bridge, 2 Sea Anemones, an Azure Bubbles and a Takma.

While at the store we chatted with a couple of bead people we know from other events and social media, Annmarie and Alicia. After we made our purchases we went out for lunch with Alicia and her friend from work. These drinks were so refreshing! 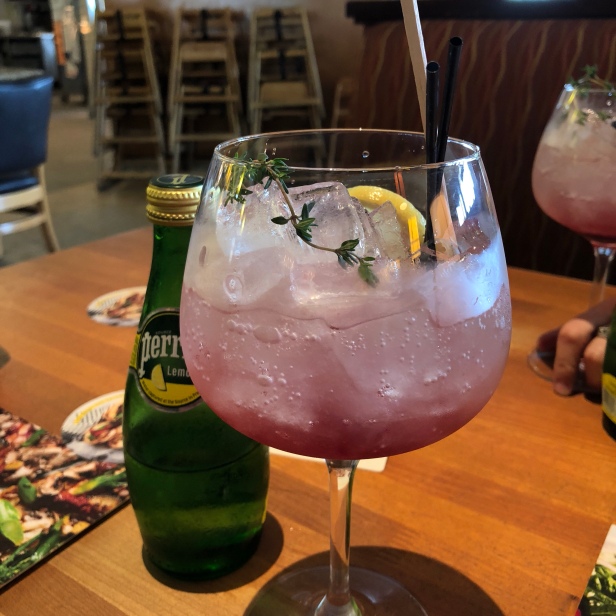 After another quick look through Nordstrom we hit the road, stopping at a Meijer store. 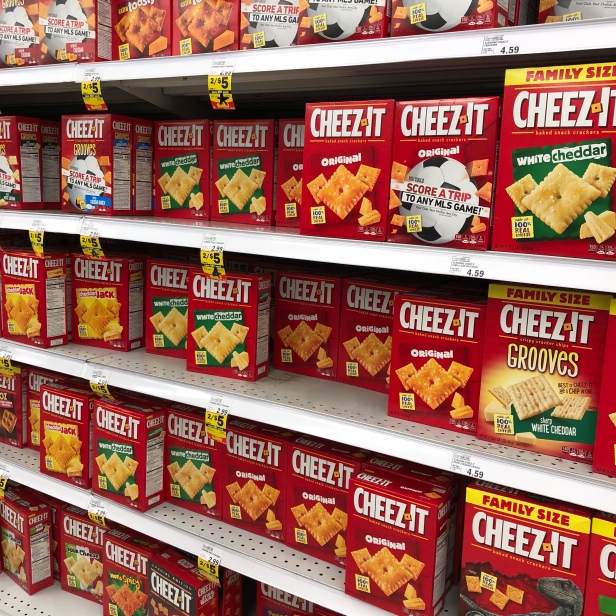 Here’s a better look at the beads I bought, plus the bead that Ana made and a free amber I was allowed to pick out since I had purchased the VIP pass. It was $100 and included a $100 gift card, a $20 off coupon, the bead made by the artisan and then the free amber! 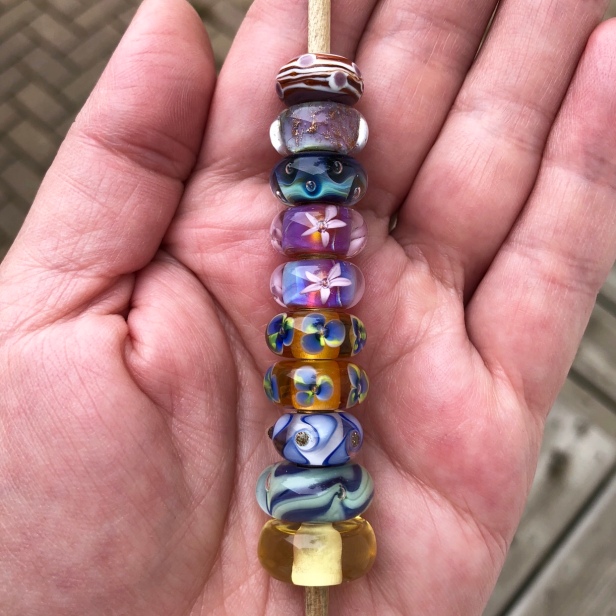 I made up this bangle with the Glowing Pansies.

Finally, this is a bracelet I’m working on. I have an idea to make one using Sea Anemones, pearls and silver Ripples beads. It’s a work in progress! 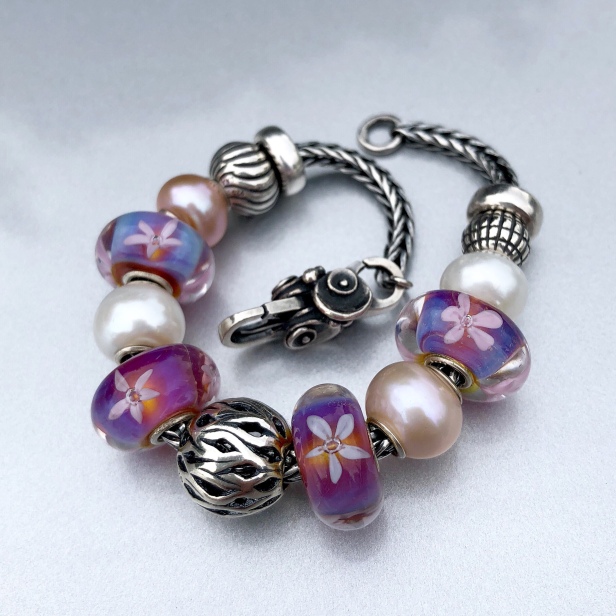 Thanks for reading! We had such a fun day. It was so nice to have a getaway and the people at the store were super nice. We hope to go back this summer as it’s a fairly easy two hour drive. Hope everyone had a great weekend!