There’s a promotion for some Trollbeads sets going on now of the Soft Sunrise Bangle or the Soft Sunrise Bracelet, both featuring the Sea Anemone glass bead.  I think the bangle set is a great way to get into Trollbeads if you’re just starting out as you don’t need to buy anything else and other branded beads will fit on it. They will fit on the chain too, but it helps to have stoppers to keep things from sliding around. Here are photos of both sets. 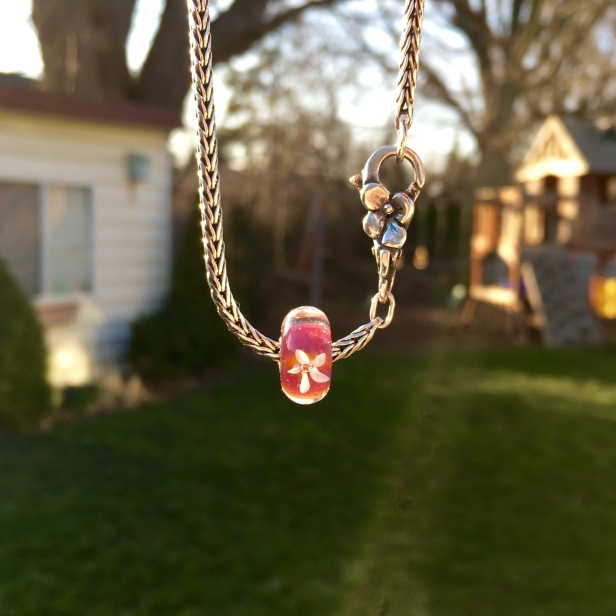 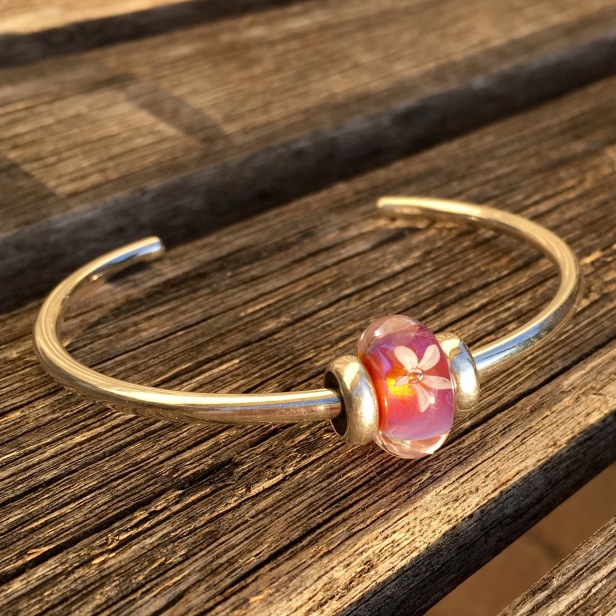 My Sea Anemone is a fairly vivid pink, because I was able to pick it out in person last summer and I like bright colours. The pink appeared to be quite bright under the strong sun of Bali. 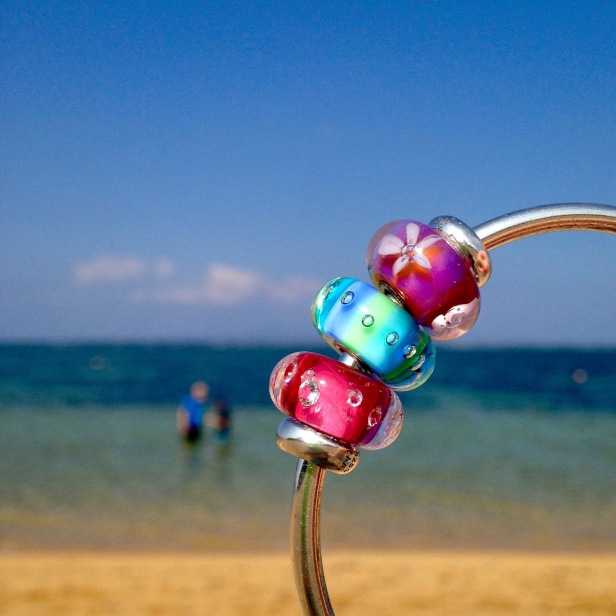 But when it doesn’t have the sun beating down on it directly it’s a bit of a softer pink. This was in Singapore. 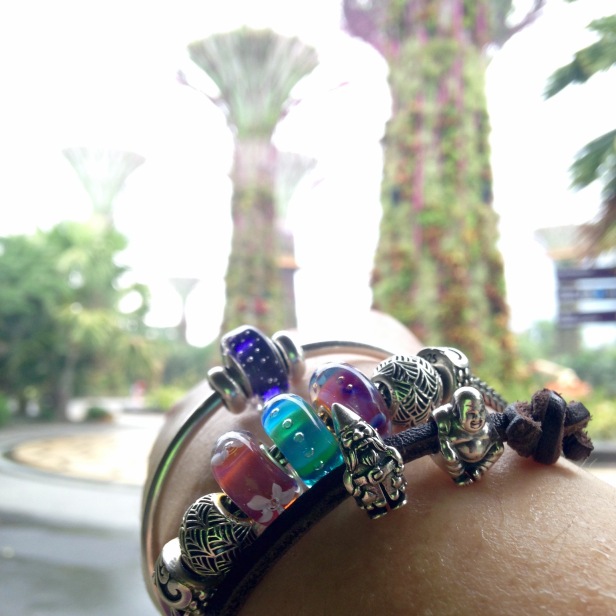 Here’s another bracelet at the beach in Bali. 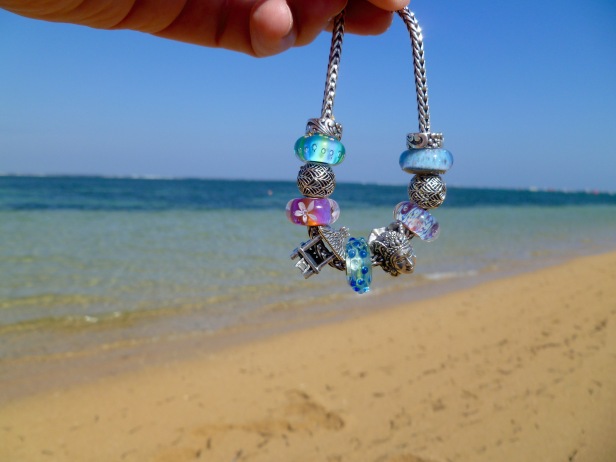 And then in Japan…but I goofed making the bracelet and there’s an extra bead (Mom’s Bouquet) beside OhmGnome. Whoops! 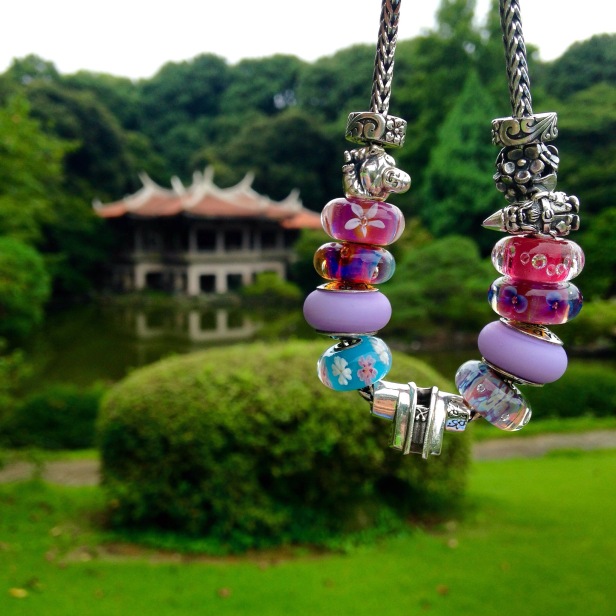 Anyway, it’s really one of my favourite beads and I don’t think anyone would be disappointed to pick it up. I discovered I don’t have a photo of it in the other country we visited on this trip, Cambodia, probably because it was one zillion degrees out and I didn’t wear much in terms of bracelets because I was a hot, sweaty mess! 😀