From the minute I saw this bead I thought it was adorable, even though I’m not into zombies at all. I don’t have any of the Zohmbies beads to put it with but thought I’d get a lot of use out of it anyway. Here is the description of what a Jiangshi is, taken from the Ohm Beads website.

A Jiangshi, also known as a Chinese hopping vampire, ghost, or zombie, is a type of reanimated corpse in Chinese legends and folklore. It is typically depicted as a stiff corpse dressed in official garments from the Qing Dynasty, and it moves around by hopping, with its arms outstretched. It kills living creatures to absorb their qi, or “life force”, usually at night, while in the day, it rests in a coffin or hides in dark places such as caves.

To ward off a Jiangshi, you need to write a spell on thin yellow paper, using chicken blood as ink, and stick it to its forehead.

The detail on this bead is just amazing.

I love the braid on his hair in the back!

My friend Trisha thinks his hat looks like a lemon juicer and I agree! 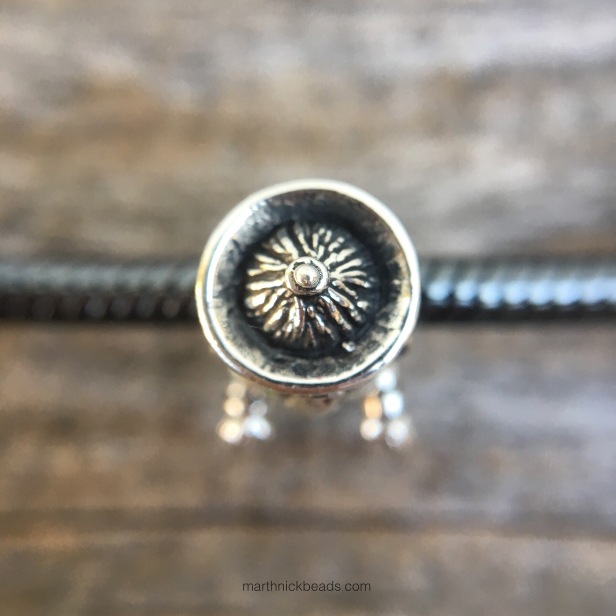 To stick with a theme I went with red and yellow, just like I did with the Chi Chi Sticks. On the left is a Chamilia bead called Felice I bought from their outlet online store. Then there is the Pandora Disney Belle Murano, Ohm Beads Sky Fire/  Jiangshi/ Incremental Change/ Chi Chi Sticks/ Year of the Horse, another Pandora Disney Belle Murano and a Trollbeads unique. 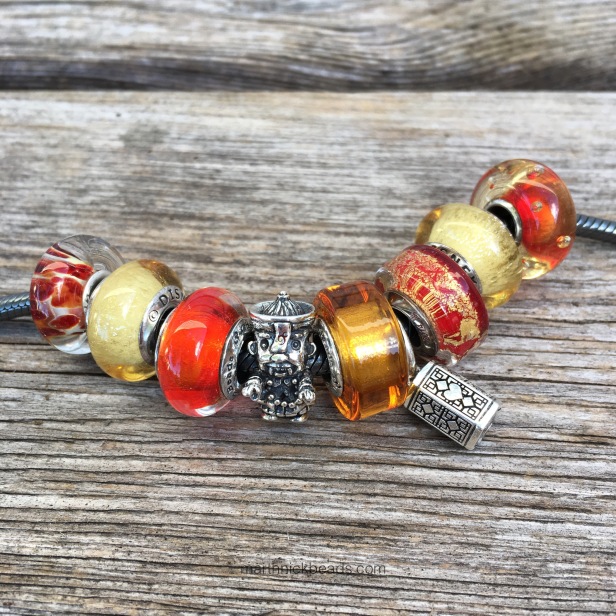 Last week I wore the bracelet from yesterday’s blog post for beads n’ coffee with @mcctrish. She wore a combo to cheer on the Blue Jays baseball team. Look at my X Links–clearly I should have bought the Hallowe’en pumpkin one when it was on sale. 🙄 I think I’ll just pretend the Jiangshi is going to absorb the life from the birds, ha! 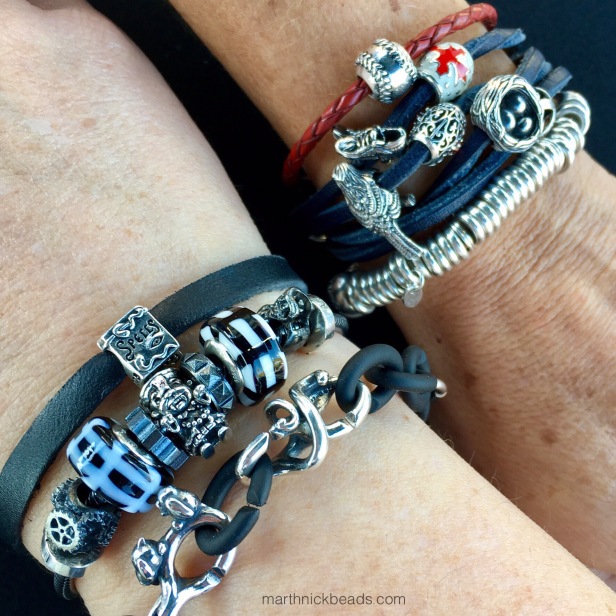 Lastly, I made up a fun Hallowe’en theme bracelet where the Ohm Beads Sock Monster is using the Redbalifrog Book of Spells to try to keep the Jiangshi away!

So, while I had never heard of this creature I think this is a really well done bead. There is so much detail and it’s just so different from other beads. Anyone else like this little guy?

6 thoughts on “Jiangshi by Ohm Beads”