While I’m still waiting for my daffodils to grow, I thought I’d share photos of the Trollbeads Daffodil Tassel that I bought a couple of weeks ago. It’s been below freezing for the past few days, so the daffodils are still at the beginning stage of growth. That green bead below in the middle is also new to me, called Earth. It’s really bright, but I like that! 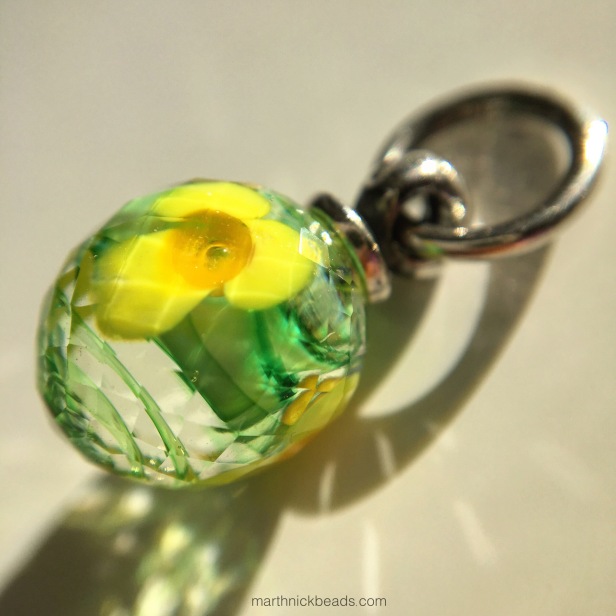 The opening on the circle part is large enough that it will fit on a Pandora bracelet, if you wish.

I like it on my Trollbeads Black Leather Necklace. 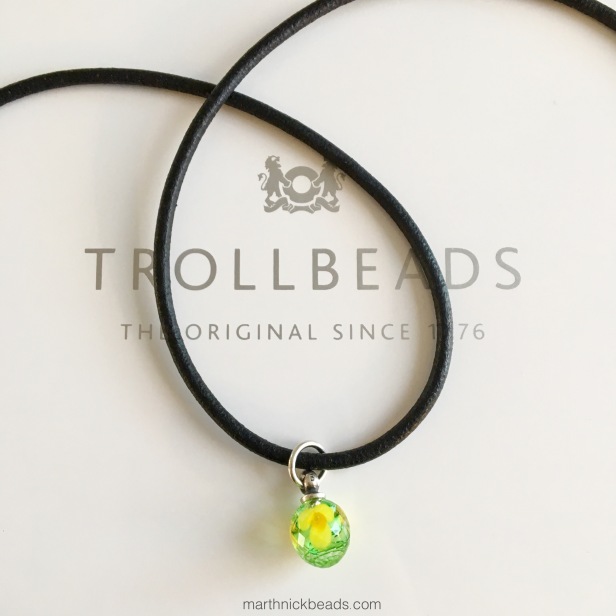 Or on the Neck Bangle, in between the Dancing and Magic Fairy Pendants.

Next up is the tassel on a large bracelet. This was an experiment to see how a bracelet would look with mainly small silver pieces. I’m still undecided on it. 🤔

Here’s what it looks like on, with a bangle and a cluster of Water Lily Spacers. 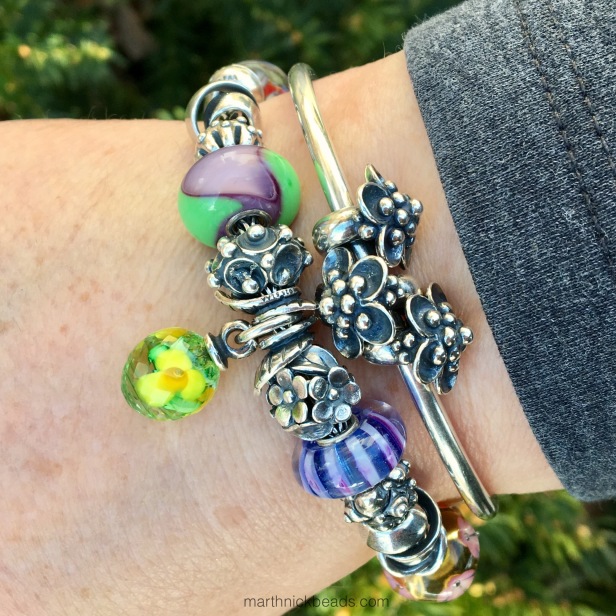 Next up is the Daffodil Tassel on the Green Leather bracelet that is part of the Spring Starter Bracelet deal. I did a blog post on that back here. If you are in the USA, you can browse the deals on the Trollbeads website here (affiliate link). I took this photo below when it was -7C out, just to give you an idea of how photos can be deceiving, as I think it looks like it’s warm and sunny here!

I got the Green Leather bracelet with the Summer Flowers bead, as you already know.

And then I took off the Summer Flowers bead and tried to build a bracelet around it for Saturday. I love the result! I thought that the stems of the little flowers lent themselves to the brownish tones and the leaves have that olive green tone that the Aqua Edge beads have, on either side of it. That’s it for today! I don’t think my next post will be until next Tuesday as I’m playing the Poulenc Gloria (ob.2/Eng hn) over the next couple of days and there won’t be much time for bead photos. I think I’ll make up some combos with the Chamilia Beads I got on sale. Have a great weekend everyone! 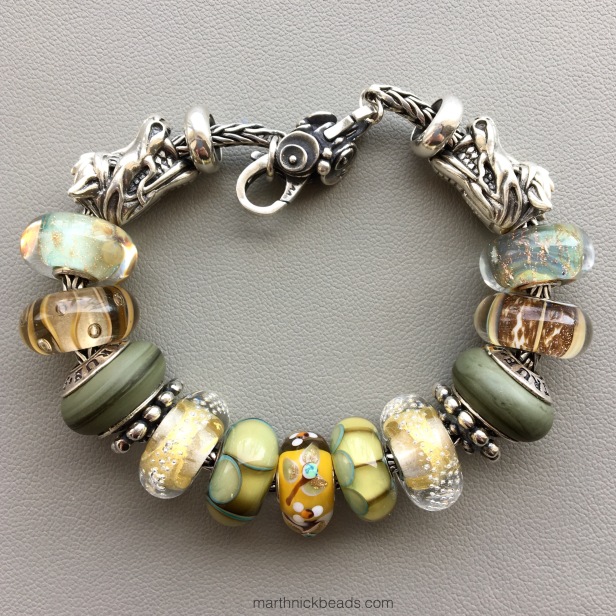