I was quite taken with a number of items from the September OHM Beads release and I’d like to show them today. The BOTM called Jamie the Jellyfish is really an amazing piece. It has sold out at a number of stores already but there might be some available on the OHM Beads website. I absolutely love how the chains add such graceful movement to the jellyfish. It comes in a pretty little box.

I wasn’t sure how big it would be from the stock images and had been planning to wear it on a necklace. But it’s actually small enough to wear on a bangle, in my opinion and then the little chains swing around nicely. Here I’ve put it with two of the new glass beads, called Mauve Stinger and Immortal Blue. 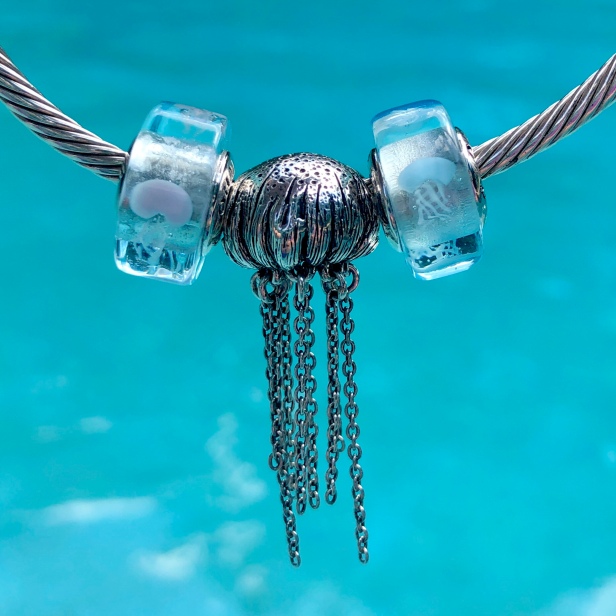 I really like how these glass beads look in the sun. 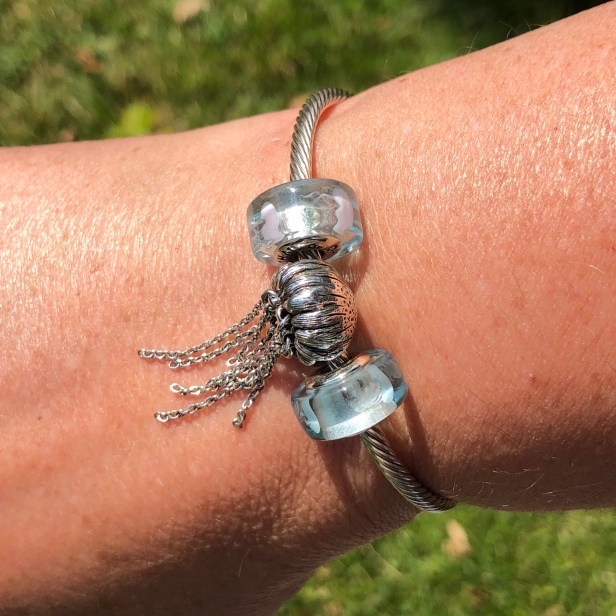 Keeping with a water theme, I used a couple of the new beads from the Slim collection on a bangle with Saul the Narwhal. The pink one is called Plant and the blue one is called Rise. I like to use the Slim beads as a divider between two other glass beads or to separate two silver beads. There are so many ways to use them. 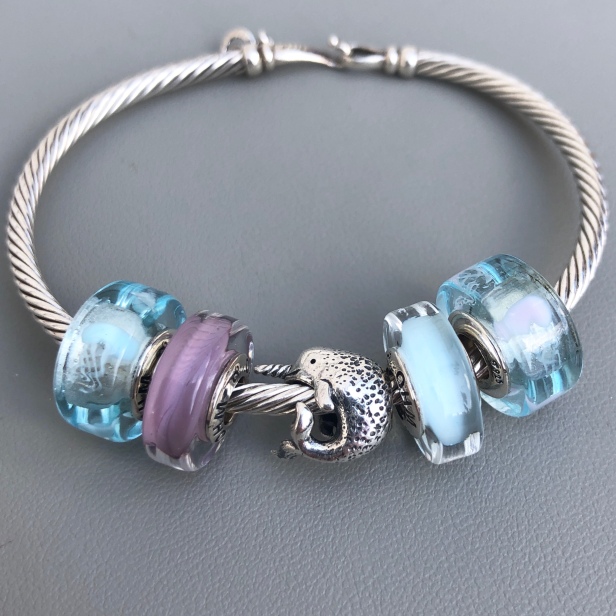 Regarding sizing, there is a Small which OHM is saying is for people wanting 17cm or smaller and Medium which is for 18cm or larger. I measured my wrist and it is 18cm. I usually buy bracelets that I want to fill up with beads in a 19-20cm size. This C Bangle in Medium is a bit difficult for me to get on as it’s really a solid piece. Therefore, I would caution anyone who has a wrist over 18cm big from buying it, especially if it would be difficult to return. I can wear it comfortably with no beads and it really is gorgeous. Here’s a photo of the bangle placed against a Medium OHM Twisted Bangle.

This is what the bangle looks like on. You can see that it fits me perfectly and it’s super comfortable to wear. All I’m saying is if you are thinking about buying it, measure your wrist using string or dental floss first. In terms of weight, I don’t have specifics, but to me it feels slightly heavier than the Trollbeads Bangle.

I’d like to move over to some pictures of another Slim glass bead called Fall. Ha, that name is perfect (I was just looking it up) as it really is the perfect fall colour. Canadian Thanksgiving is a mere 6 weeks away, so I’ve put the Fall glass with Bar Brawl, Tom the Dead, Gnome Home and Mulled Cider. I love these warm, rich colours.

My favourite bead from September is Burst of Life. I’m not exactly sure why, but I love how organic it looks. It makes me think of something small that is trying really hard to grow. Here it is below in the middle. 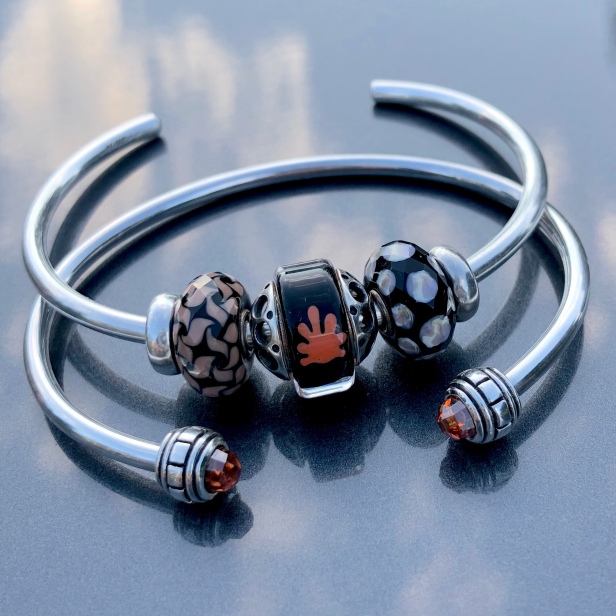 I went for an organic look here with the silver Merkaba bead. 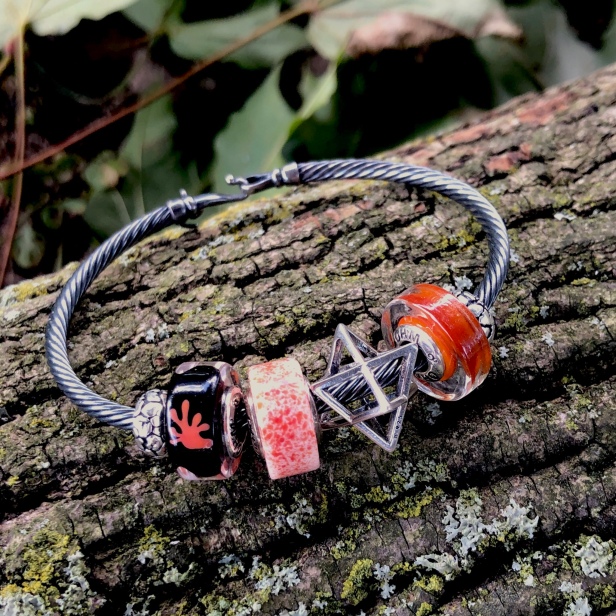 Lastly, I gathered some beads used in bangles above and then added in the two Bollywood beads, some of the Rawr glass and the Perlen exclusive called My Precious. I’ve seen Mike at OHM use the Merkaba bead to fasten the Chunky Bracelet.

That’s it for today! Let me know what you think of this collection and if there’s anything you’re thinking about getting!

Disclosure: Some of these beads were provided as samples from OHM Beads.